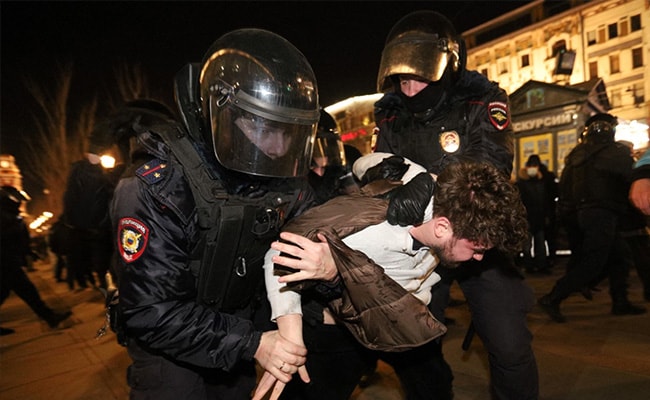 Russian President Vladimir Putin stated Saturday he had no intention of declaring martial regulation, as his nation’s navy incursion in Ukraine enters its second week.

“Martial law should only be introduced in cases where there is external aggression … we are not experiencing that at the moment and I hope we won’t,” Putin stated throughout a televised assembly with workers of Russia’s flagship provider Aeroflot.