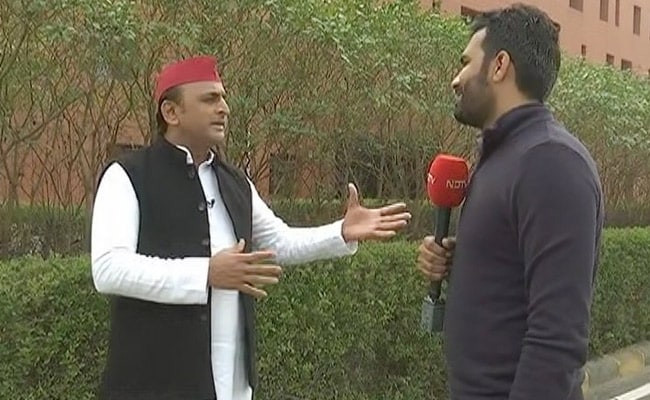 In a chat with NDTV, Akhilesh Yadav responded to the BJP’s sharp criticism of his latest feedback

Akhilesh Yadav immediately defended his remark that China is the true enemy whereas Pakistan is barely the “political enemy” focused by the BJP for votes and referenced General Bipin Rawat, the Chief of Defense Staff, who died in a helicopter crash on December 8.

“I said the same on Pakistan that General Bipin Rawat used to say. He had said that China is our biggest enemy. Can I not quote Bipin Rawat?” the Samajwadi Party chief instructed NDTV in an interview, responding to the BJP’s sharp criticism of his latest feedback.

In an interview with Economic Times, Akhilesh Yadav had stated: “Our real enemy is China. Pakistan is our political enemy. But BJP only targets Pakistan because of their vote politics. In the Lok Sabha, only Samajwadi Party raised this question – when will we have members on 24 assembly seats in PoK? The then home minister said that we will reach till Aksai Chin. Now we are hearing what’s happening in Galwan. They are encroaching our land, encroaching our businesses. The Indian government should think about this and consult opposition parties on how to deal with the situation.”

“We should not come under any pressure from the psychological games played by China. That is what they want. China is our biggest enemy today, not Pakistan,” General Rawat had stated, including that there was “no doubt” the menace on the northern borders was a lot greater.

On Akhilesh Yadav’s remark, the BJP stated the Samajwadi Party chief had made his desire “obvious” in his selection of candidates.

“I want to tell Akhilesh Ji, who talks about Jinnah and Pakistan, that had Yakoob Menon been alive today, Samajwadi Party would have been given a ticket to him as well,” Mr Patra had stated, referring to the 1993 Bombay blast accused who was executed in 2015.

Uttar Pradesh will vote in seven phases from February 10. The outcomes will likely be declared on March 10.