When Renaissance sculptor Donatello’s legendary work, St John the Baptist, arrived on the Pushkin State Museum in Moscow, it was lacking each ft, one arm and a part of a cape. Many thought it was past restore. The sculpture had survived two separate situations of fireplace whereas in storage at a bunker within the Berlin suburbs in 1945, when the Second World War was nearing its finish.

The museum discovered a plaster copy made earlier than the battle, which served as a reference to resurrect St John the Baptist.

That identical bunker additionally held priceless artefacts that had been transported from what’s now often called the Bode Museum in Berlin, to keep away from harm in the course of the battle.

Months after the mishap, a number of of those fragments had been despatched to the Soviet Union by two trains. After mammoth efforts spanning a long time, 750 museum objects had been restored by 2010 on the Pushkin State Museum.

Now, a photograph exhibit fittingly titled Twice Rescued makes an attempt to seize this spectacular restoration course of, and has reached Chennai after many bouts of pandemic postponement.

At the Russian House, Chennai, 30 of those objects captured in frames line the exhibition corridor. Though the exhibition which shall be on until June 12, fails to offer a show worthy of its contents, a go to opens a welcome portal into World War historical past.

Borodin Igor Viktorovich, head of the Pushkin State Museum’s division of conservation, says, “By getting ready the picture exhibition Twice Rescued, we wished to indicate that after practically 77 years, museum employees, curators and artwork conservators have needed to heal the injuries, the harm achieved to world-famous artistic endeavors.”

He continues, “We wished to indicate not solely the outcomes of the work, but additionally to remind individuals of the fragility of the world round us.” 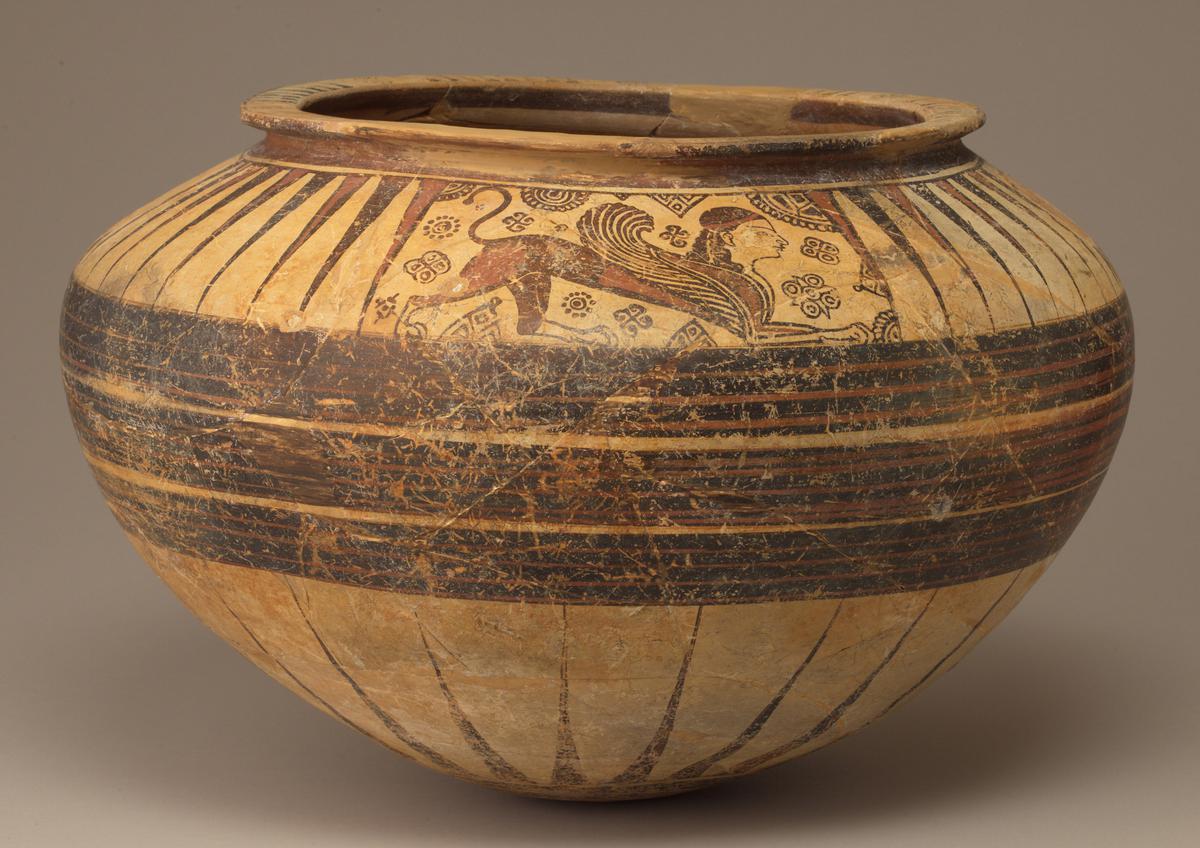 A Dinos depicting two sphinxes believed to have been made in East Greece of the early sixth Century BC | Photo Credit: SPECIAL ARRANGEMENT

Take as an illustration, the main {photograph}: a red-figure Amphora depicting the Theban hero, Actaeon’s loss of life. The time that was devoted to restoring this single artefact was greater than 10 years. It was introduced into the museum in 130 fragments. Conservators who labored on this object needed to basically put it collectively like a puzzle.

A Dinos (historical Greek pottery — a mixing bowl or cauldron) depicting two sphinxes believed to have been made in East Greece of the early sixth Century BC; Giovanni’s sculpture Saint Jerome Penitent (1420 to 1491); a bronze bust of Giovanni himself believed to be made after 1508 — the sequence offers a glimpse into quite a few classical items and their restoration processes.

Borodin offers us a scale of the venture by taking us again to St John the Baptist.

“For several months, conservators of the Pushkin Museum not only reinforced the damaged areas of the piece, but also solved the complex engineering problem of how to store and exhibit it in an upright position. In addition, individual fragments of the sculpture had to be manufactured, to replace those lost. And the figure of St John the Baptist became the forerunner of the whole project.”